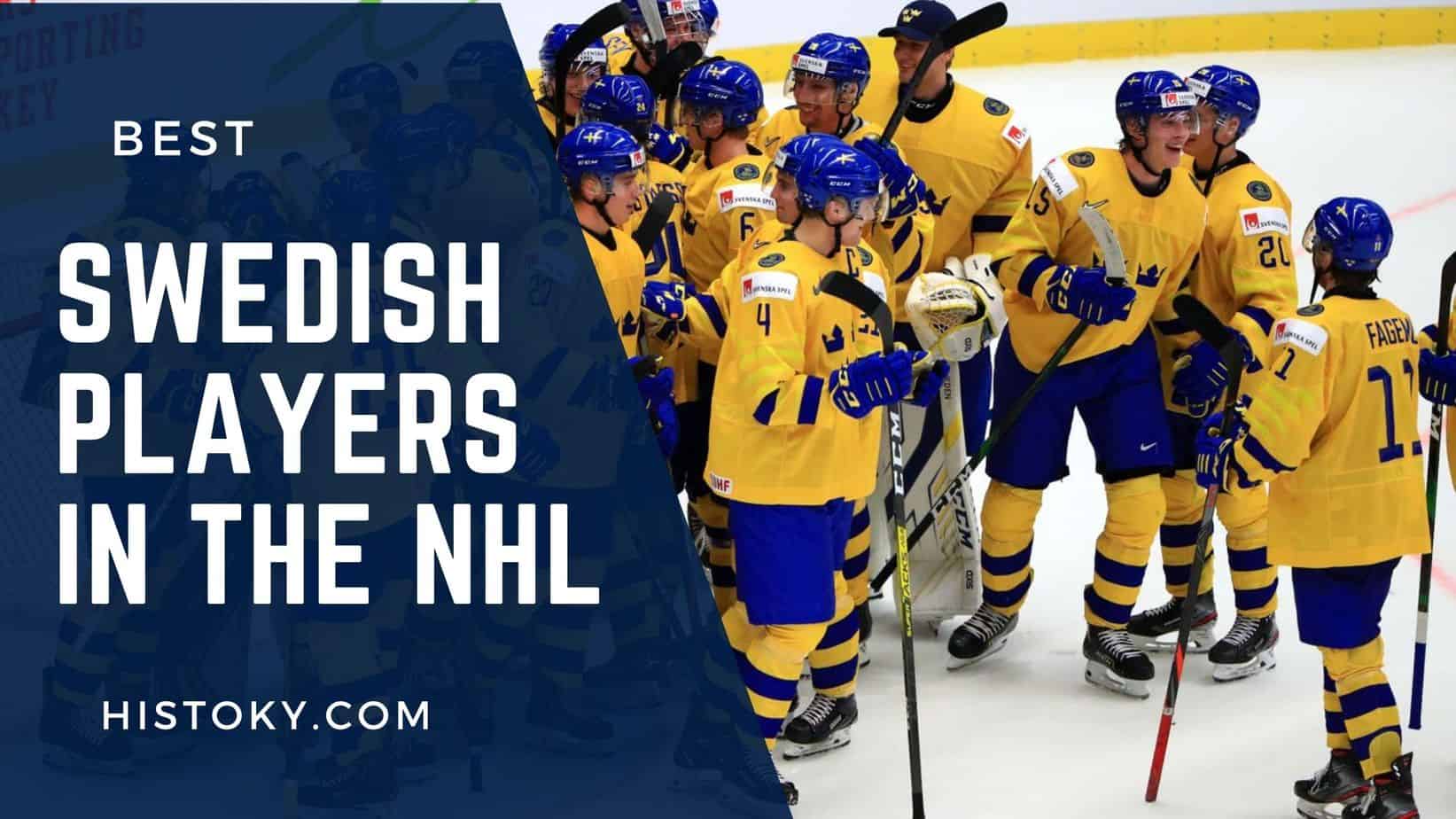 The best Swedish players in the NHL, from Elias Petterson, Victor Hedman, and William Nylander to Erik Karlsson, Nicklas Backstrom, and others, have all played a major role in their teams.

Swede players are known for producing excellent defensemen, and the NHL is a huge testament.

So, let’s discuss the top 10 Swedish players in the NHL.

As I said, Swedish NHLers produce some of the best defensemen in the country. Victor Hedman happens to be proof of this fact. The 31-year-old d-man has everything it takes to be a perfect defenseman. He is 6 feet 6 and is big. His achievements since his drafting in 2009 are also colorful.

Victor won the Norris best defenseman award in 2018, among other individual accolades. The prestigious Stanley Cup medal on consecutive occasions in 2020 and 2021 is also a highlight of Hedman’s career. One of the most established defenders, Hedman’s numbers are also incredible. Nine goals and 35 assists are not bad for a defenseman.

Backstrom is arguably the best Swedish hockey player in the NHL. The center has been a prolific goal scorer since he was drafted in 2006. Currently playing for the Washington Capitals, Nicklas has been one of the most consistent players in the NHL for close to a decade.

His numbers are also there; the player’s assists, goals, and points are up. Over 200 goals, record assist in the history of Washington Capital, and over 900 points. Nicklas Backstrom is certainly one of the greatest Swede players in the NHL.

Mika is one of the fastest-growing Swedes in the league. Formerly in Ottawa Senators, Mika’s move to New York Rangers, where he plays now, was a turning point for his career. This transfer saw the forward reach an individual high of 30 goals and 44 assists in the 2018/19 season. It would be interesting to see how the 28-year-olds career turns out in the next few years.

However, Mika Zibanejab is continuously becoming an incredible signing for New York Rangers. And his goal-scoring form does not look to be slowing down any time soon.

The 23-year-old is another promising young Swede talent in the NHL. Elias boasts of one of the best records as a rookie in his first season with Vancouver Canucks where he currently plays.

Although this season has been slow for him, his rookie season record stands at 28 goals, 38 assists, and 64 points, a record for a rookie. This fact, in addition to his contribution before the pandemic, has put him among the best young players in the league. So, the NHL has to watch out for this player; there is a huge potential.

The first goalie on the list is Markstrom. His height and body give him an advantage dating back from his time with the Florida Panthers in 2008 when he was first drafted. The Swede has had a long and reputable career in the NHL. His abilities have seen him average a 2.7 GAA and over 900 saves in the NHL.

After spending time with other sides in the league, Jacob is currently playing for Calgary Flames, whom he signed for last season. Jacob Markstrom is still producing some amazing performances for the side.

The Swedish hockey player is also excellent at controlling play and taking the puck up the ice. It is safe to say it takes an exceptional player to score over 70 points in 4 seasons. And Erik has done it!

Another young Swedish forward doing it in the NHL is William Nylander. The 25-year-old has been a good goal scorer for Toronto Maple Leaf since he was drafted in 2014. Although he spent a few months of 2018 on the fringes due to contract issues, he bounced back and is now returning to his best.

William Nylander this season has 16 goals and 22 assists for 38 points. That is not a bad stat for the young Swede.

Landeskog is an incredible forward who plays for Colorado Avalanche. The Swede was drafted in 2011 and took only one year to start making his mark. Gabriel captained the side in 2012, which made him the youngest captain in the history of the NHL.

The swede forward also would score 34 goals in a season, an individual high for the player. His superb form has continued to the present season as he has 38 points from 31 games.

A young Swede defenseman who came to the limelight as a teenager in 2018, Rasmus has great potential. Although defensive players take longer to develop, Dahlin is defying all odds. There is still more to expect from the Swedish player. However, he remains one of the best of his kind in the NHL.

Robin Lehner is another goalie we have here on the list. The Swede is 6 feet 4, and he is one of the most dominant goaltenders in the league. He has played for several other NHL sides like the Ottawa Senators and New York Islanders, but he currently plays for Vegas Golden Knights.

With a 2.17 GAA and over 900 SV in the NHL over the years, Robin’s abilities are certainly in no doubt.

So, these are our 10 best Swedish players in the NHL. If you feel there are names we should have covered, please mention them in the comment section below. 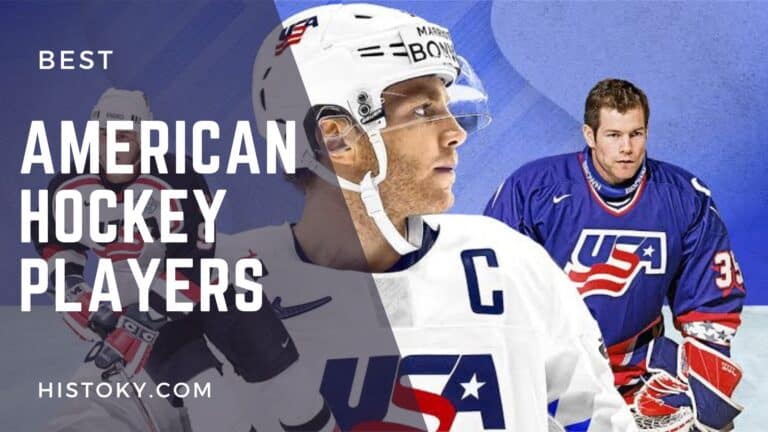 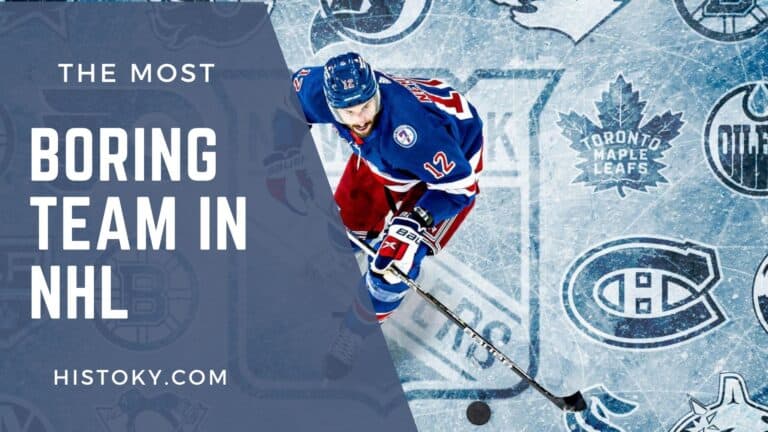 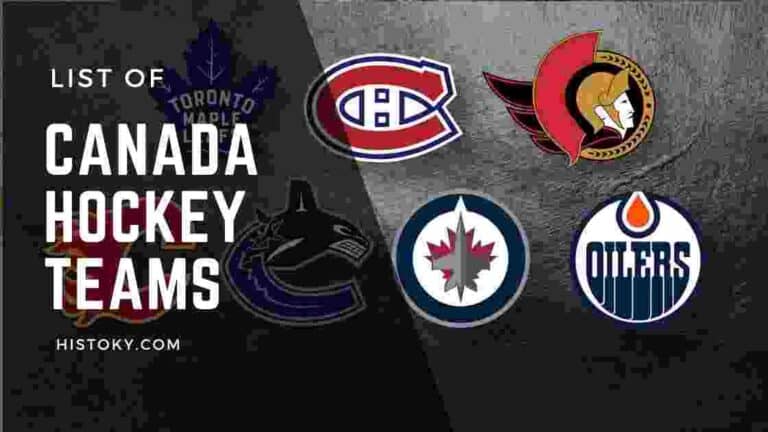