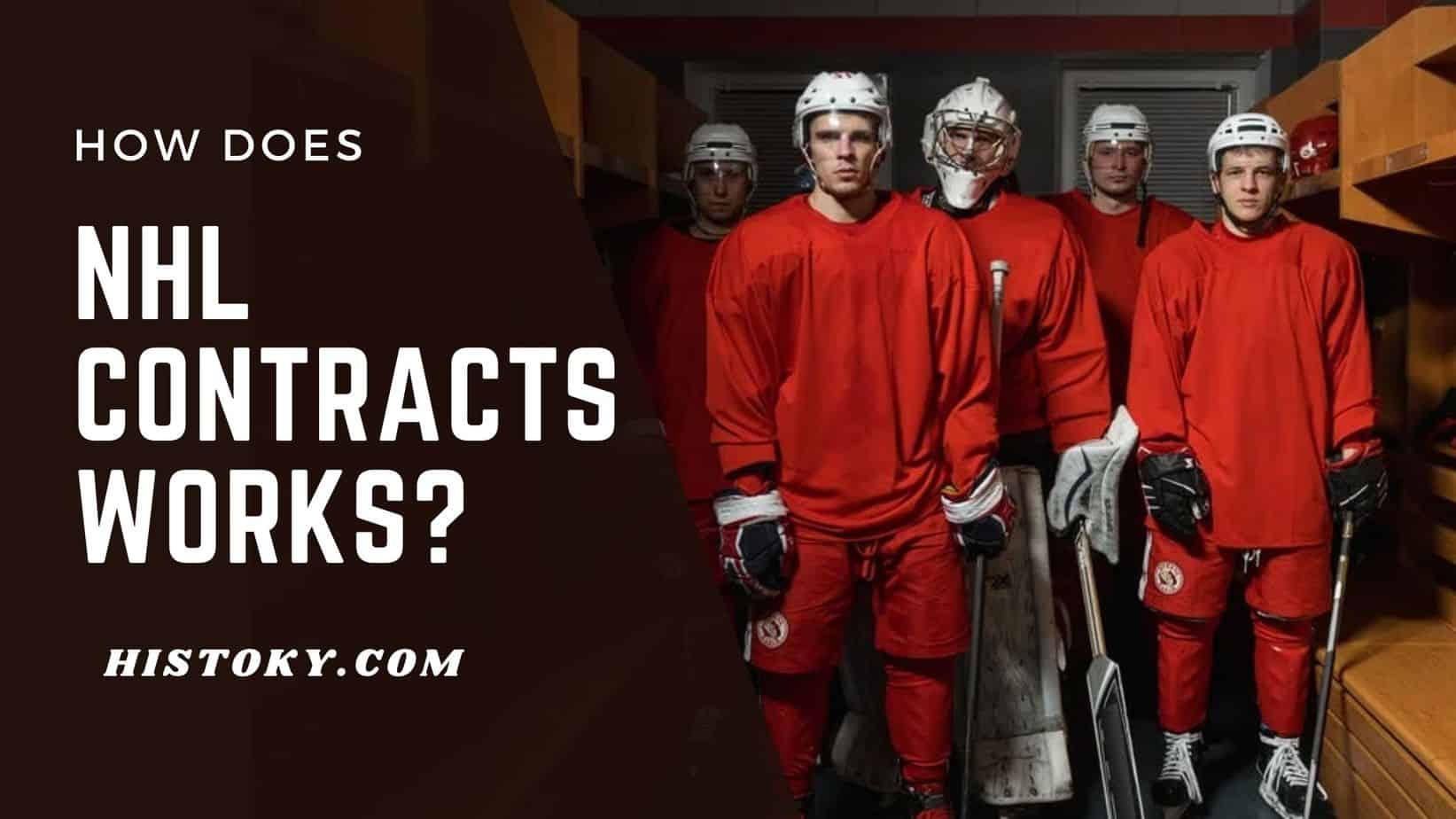 Contracts in the NHL are not too different from the NFL. Individual players’ contracts mostly have different terms. In most cases, players sign deals with a certain amount of money and get paid for the time duration.

However, performance and poor conduct may result in players not seeing out their contracts. So, how does the NHL contract work?

Are NHL contracts guaranteed? NHL players are guaranteed the money they sign for whether it is 3 years, 5 years, or more. However, factors such as escrow, contract termination, or buyout can make them lose part of their salaries.

So, this article will talk about all you need to know about NHL contracts.

Most National Hockey League contracts are guaranteed, meaning a player will be paid the stated value of the contract in full even if he is injured or underperforms.

NHL players are guaranteed to be paid the full amount of their contracts unless they are bought out, waived, or released by their clubs.

For example, if a player signed a seven-year, $42 million contract that called for him to receive $6 million per season, he would get paid $6 million in each of the seven years even if he were injured in the second year and unable to play for the remainder of his contract.

This is in Contrast with other pro sports leagues, such as Major League Baseball or most European soccer leagues. In these leagues, players have non-guaranteed contracts and must earn their salaries through production and games played.

If an MLB player signs a one-year contract worth $5 million but is injured early in the season and cannot play again that year, he might only make a fraction of that money.

Note: Players are required to keep themselves in shape so they can perform when healthy. Teams can take disciplinary actions against those who violate this rule.

There are a few exceptions to that rule. For example, if a player is claimed off of waivers or has not passed his physical examination, the team can void the contract and it won’t count against their cap space.

This scenario can also apply to players who are bought out during their contracts. If a player is bought out by his team, the remaining cap hit is divided into two even parts and spread over twice as many years as the length of time left on the contract (so for 6 years with 3 left when he was bought out, it would be split in half over 6 more years).

Because this doesn’t necessarily mean that any money has been lost from your pocket, but rather that it’s evenly spread out over more time (and therefore cheaper), this type of buyout isn’t considered an “actual” buyout; thus no penalties apply and there is no salary cap hit against your team.

In summary, here are some major factors that affect players’ contracts in the NHL;

Read Also; How Does Escrow Works In Hockey?

Guaranteed money for players has been a hot topic among NHL fans in the past few years.

The general conclusion is that there is no guarantee, and essentially a player can be bought out whenever his contract comes up for renewal—which has been happening a lot with the current collective bargaining agreement (CBA).

The most common reasons cited are that teams can get more money back from players by seeing them as low-risk assets who will either be bought out or play themselves out of their contracts.

In addition, teams have more disposable income since signing one player can help lower the salary cap space needed to sign another player.

In many ways, this is good news: it means there is less financial pressure on teams; they don’t need to spend huge amounts of money on big-name players who aren’t worth it or will cause them problems in future seasons.

But the downside is that it creates instability in the league and gives deals to players who might not have been worth much beforehand due to a lack of track record or opportunity.

It also makes finding solutions for certain issues very difficult, because at any moment a team could just withdraw its offer for someone and try again later with someone else.

It’s still hard to say exactly how meaningful guaranteed money is—but it should be noted that things like US$15 million contracts did exist in previous CBA negotiations as a real possibility before they were abandoned by both sides.

How are NHL Contracts Paid?

When it comes to NHL contracts, there are three main types:

Can Teams Terminate A Player’s Contract?

What this means is that if a player becomes unable to play due to an injury or illness, the team can terminate the contract and they won’t have to pay any more of it.

Similarly, NHL contracts are not guaranteed if a player is terminated for underperforming or violating the league’s rules.

Worst Contracts In The NHL

The NHL is a league about speed and skill, so it makes sense that many of the worst contracts in the NHL are for players who don’t fit that bill.

The latest team to have a bad contract on its hands is the Chicago Blackhawks. They signed Marian Hossa to a one-year deal at $5.275 million, but he’s now 42 years old and only played in 62 games last season due to an injury. They can’t trade him because his contract is even more expensive than ever before—his cap hit for next season is $5.275 million, which means the Hawks would have to pay what amounts to $8.275 million if they did decide to move him!

If you’re a hockey fan, and you’ve ever found yourself arguing with someone about the NHL salary cap, chances are you’ve heard something like “NHL contracts aren’t guaranteed!

That’s completely different from the NBA or NFL! The owners have so much leeway! They can just cut a player if they want to!”

This isn’t entirely true. It’s true that in theory, an owner could just get rid of a player if he wanted to.

But it’s also true that there are many rules in place that make it incredibly difficult for him to do so, or for him to free up as much cap space as he might hope by doing so. Contracts are complicated and often misunderstood by fans.

Whether or not NHL contracts are guaranteed, there are five main ways out of an NHL contract: buyout clause, contract termination (for medical reasons), waivers, retirement, and escrow.

If you were thinking, how does an NHL contract work? I believe you know now.