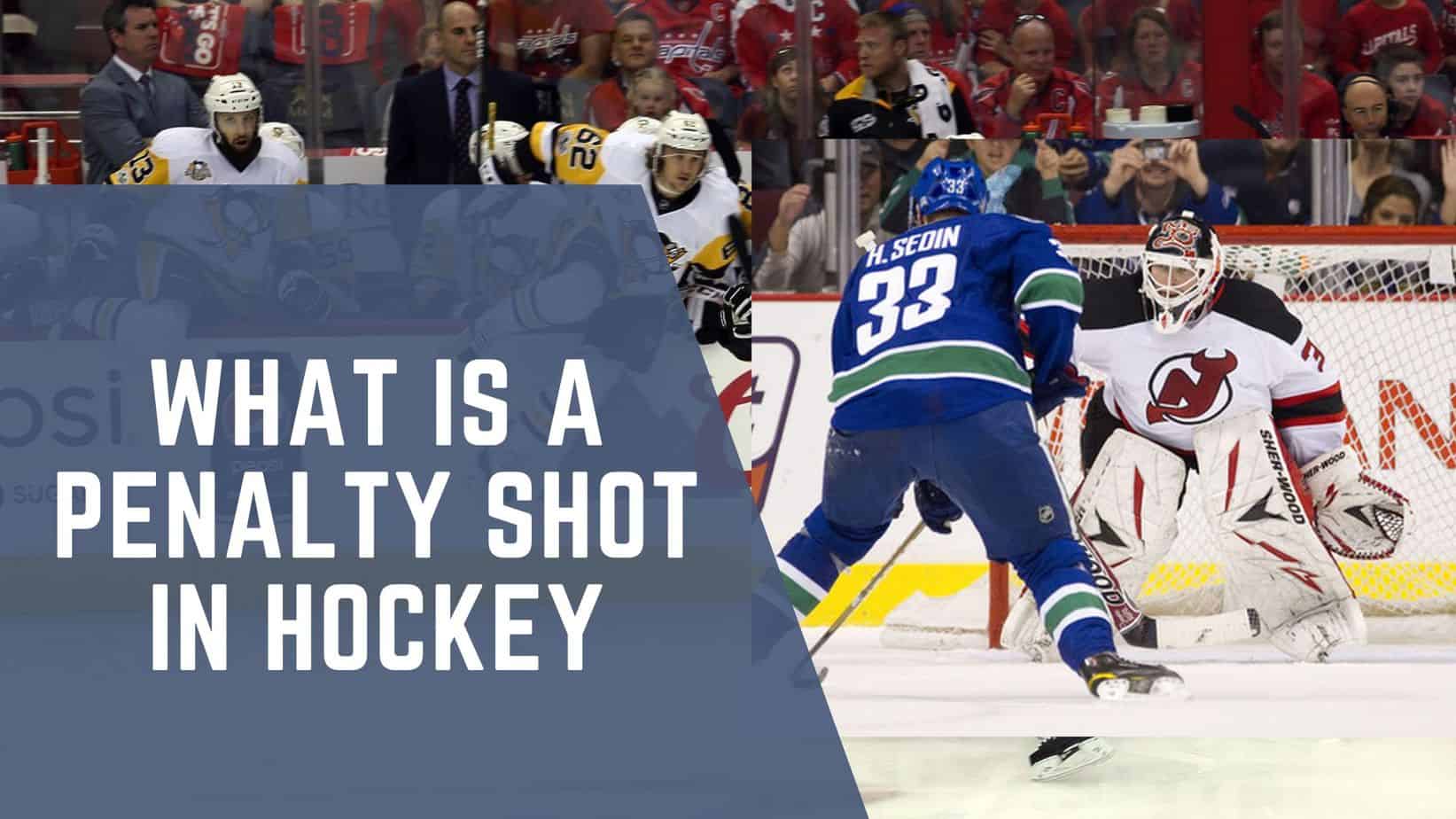 A penalty shot in hockey is one of the most interesting parts. It is nos surprise to see loud cheers or boos from crowds before a penalty in hockey.

So, What is a penalty shot in hockey? A penalty shot in hockey happens when a player gets to attempt a shot at a goalie from the center of the ice without an interception from an opposition. You can see cases of these events happening when there is a certain type of penalty or during shoutouts.

In this article, we will discuss hockey penalty shot rules and how it differs from shootouts.

What is a penalty shot? A penalty shot is awarded to a player after a player has been prevented from taking on the goalie in an obvious scoring opportunity.

According to the USA Hockey Rule book, “The purpose of the penalty shot is to restore a scoring opportunity which was lost due to the infraction being penalized.”

This type of play is different from a shootout, which occurs when teams have tied at the end of regular time and will require an extra period to break the tie.

In this case, 3 players per team get 1 shot each on goal.

As with other types of plays, the referee usually decides who shall take the penalty shot by pointing directly at them while they stand behind center ice to begin their play.

What Is A Shootout?

You’re probably familiar with the shootout. It’s a method of determining a winner in an ice hockey game when the score is tied after regulation time has expired.

Shootouts have been used in the NHL since 2005, and much like penalty kicks in soccer, they take players out of their typical roles and give them a new role: that of goal-scorer.

A shootout consists of three players from each team taking alternate shots on goal against the opposing goaltender. The team scoring the most goals is awarded the victory (with rare exceptions).

What Is The Difference Between A Penalty Shot And A Shootout? 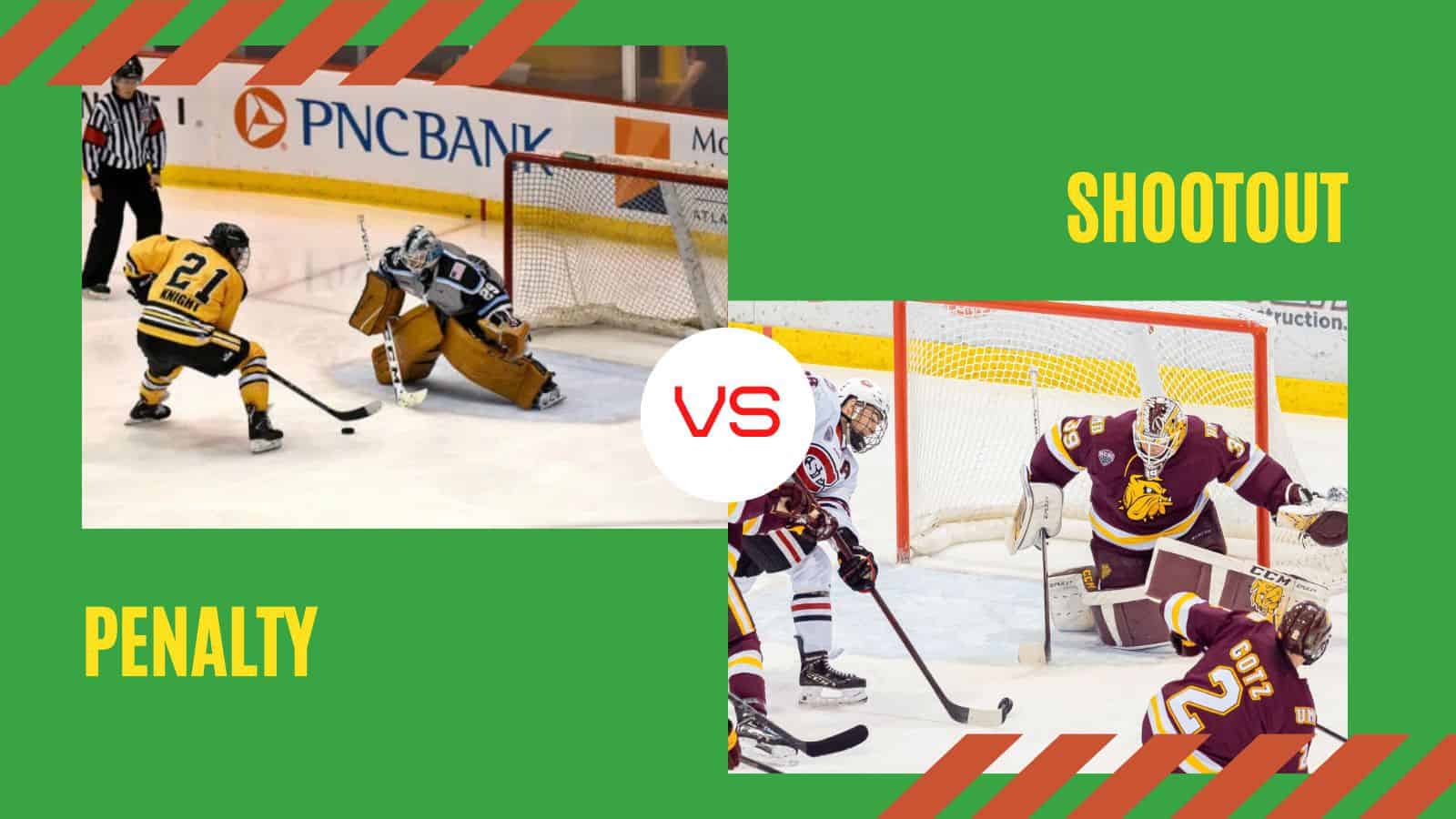 Penalty shots and shootouts are similar in that both involve the same set of players, but there are some important differences between the two.

A penalty shot is called when a player is fouled. This can be anything from holding, tripping, or slashing.

On a penalty shot, only one player on each team is involved. The offending player’s teammates must stay back while the other team’s goalie tries to block the puck.

On the other hand, a shootout occurs after regulation time and overtime has been played.

In this case, three team members get one shot at scoring against an opposing player.

If the score is still tied after this round of shots, an additional three players from each team can take a shot until one team has scored more goals than the other.

Read Also: What is overtime in hockey? And How Does it work?

When Is A Penalty Shot Awarded In Hockey?

A penalty shot can be called for several reasons but usually involves the goaltender, defenseman, or offensive player.

Here are some of the most common:

What Happens After A Penalty Shot Is Given?

The player who was fouled receives the puck. The puck is placed on center ice. The player takes the shot at the goalie.

The goalie cannot leave the net until the shot is taken. He can’t score twice, either.

Who Takes A Penalty Shot In Hockey?

Usually, it’s the fouled player who takes the penalty shot. However, if the player is injured or unable to take the shot, a teammate can take it instead.

If you’re still confused, don’t worry! It’s not uncommon for hockey fans to be unsure how penalty shots work.

The referee might find it hard to pick out the player fouled or involved in the infraction. In this case, the match official leaves it to the team.

People with little idea of the hockey penalty shot rules do not know choosing the taker works.

Many people aren’t aware that you can choose any player on your team who isn’t in the penalty box—not just an active player on the ice at that time—to take a penalty shot.

For example, you could have all five players skate off and send your goalie to take it instead.

What Are The Violations Of A Penalty Shot In Hockey?

The penalty shot allows for a free attempt at the goalie from a player. That means there are some do’s, and dont’s at this moment.

Here are some violations that a goaltender must avoid during a penalty;

What Percentage Of Hockey Penalties Results In Goals?

How often do penalty shots result in goals? The penalty shot is one of the most dramatic plays in hockey.

It is also rare: fewer than two dozen penalty shots are awarded per year on average.

Penalty shot success rates are usually around 20%-30%—but don’t go out there expecting to see four goals out of every ten attempts.

If players want to improve their odds, practicing shooting on a breakaway would be helpful.

It involves taking a penalty shot without the pressure of having the game come down to it.

There are many ways to avoid missing a penalty —and you definitely should, because if you miss a penalty shot, your team loses possession of the puck.

But if you do find yourself standing at center ice about to take a breakaway for the win, there are several things you can try that might increase your chances of making it in.

Penalties are taken either after certain infractions in a hockey game. They can also decide winners after a tie at the regular game time.

If you want to know about the rules of this game, understanding what a penalty shot is and why it happens is important. And I believe this article has given you all that information. 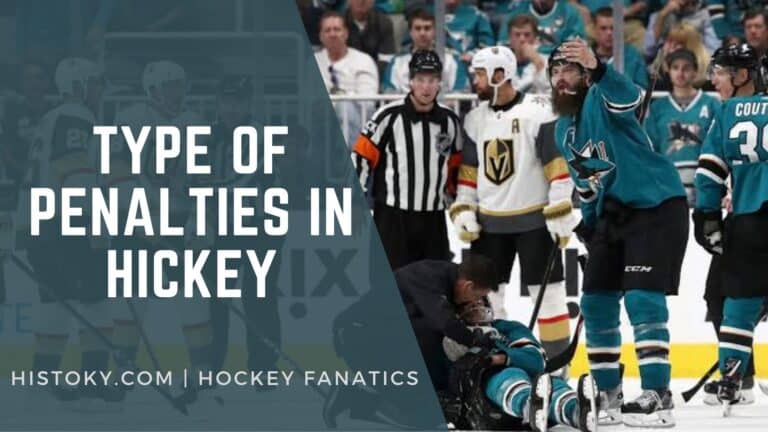 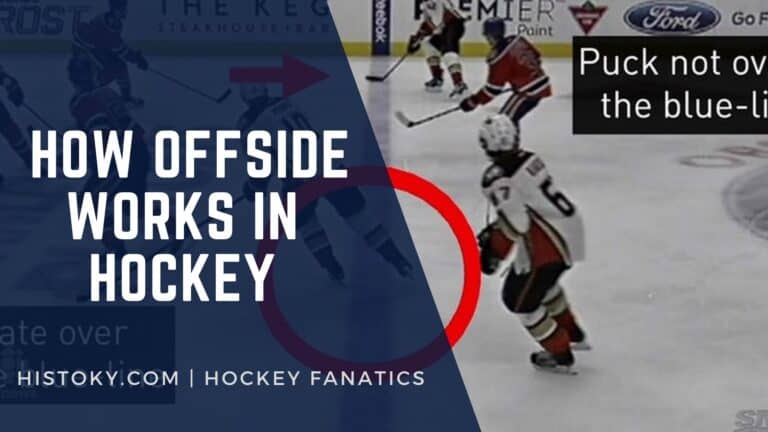 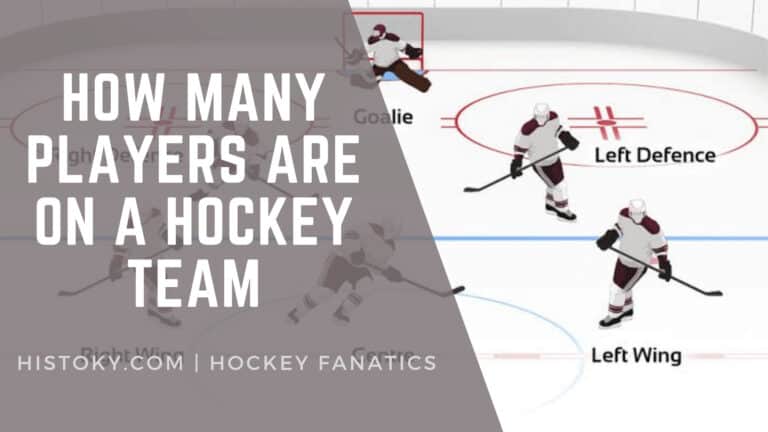 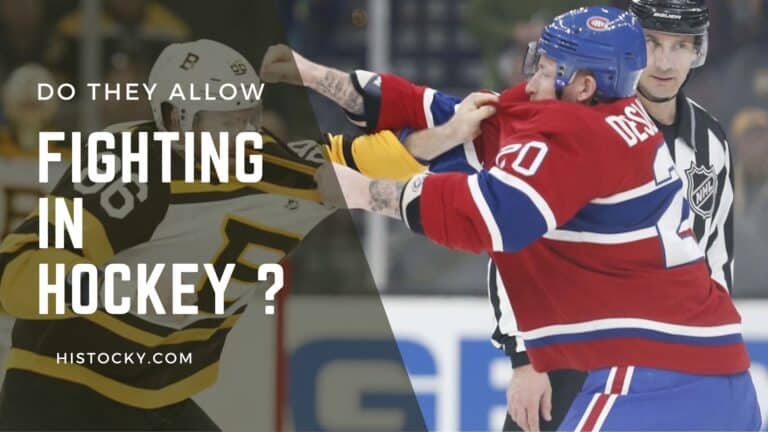 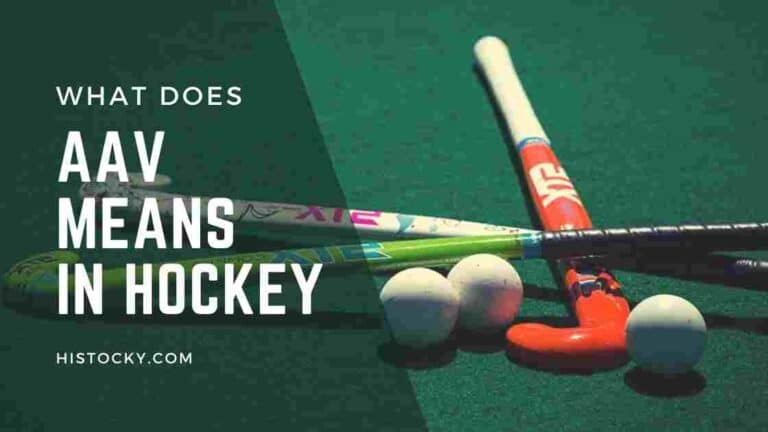 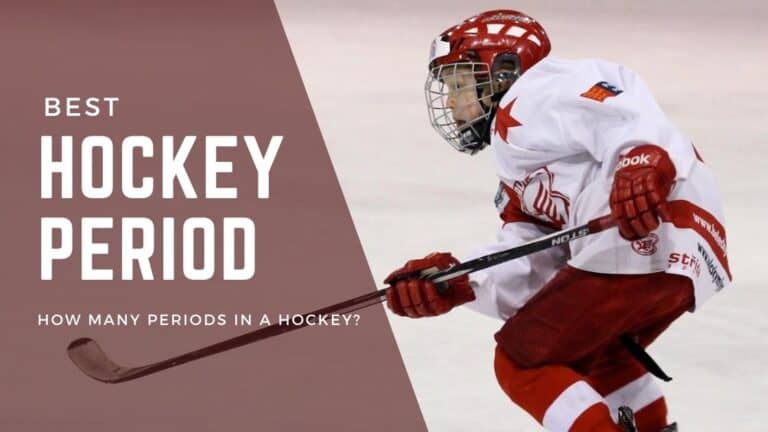